Commercial airline pilots are flying high more often than ever before, according to a study completed last year by the National Transportation Safety Board.  The study looked at toxicology reports of pilots killed in crashes between 1990 and 2012 and found that legal and illegal prescription drug use, over-the-counter drug use, and illicit drug use had all increased.

Interestingly, the NTSB found that the rate of pilot drug use wasn’t constant  – in fact, it increased significantly over the study period.  In 1990, less than 10% of the pilots studied has a positive toxicology finding.  By 2011, 40% of pilots killed in a plane crash were determined to have ingested at least one drug prior in the 24 hours prior to flying.

Of course, the percentage of pilots killed in plane crashes with drugs in their systems is a different measurement than, say, the number of pilots who failed drug tests before flying; you might naturally expect the incidence of drug use to be higher among pilots who died when their planes crashed – after all, that’s probably a big reason why they crashed.

Still, the NTSB concluded from their results that more pilots are using drugs than ever before, a trend reflected in the US population as a whole.  As drug use among pilots grows, so do the risks of drug-related pilot impairment, errors, and accidents.  Not only is overall drug use increasing, the prevalence of pilots who use more than one drug simultaneously is rising as well.

You might be tempted to ask if America’s pilots are turning into junkies.  They are not.  The most common drug type found in the study pilots’ systems was an antihistamine with sedative properties like diphenhydramine, the active ingredient in over-the-counter products like Benadryl and Unisom.  The study authors theorize that at least some study pilots were unaware of the potentially impairing effects of these medications, pointing to a need for adequate education programs and materials so pilots know which over-the-counter drugs can or cannot be safely used when flying.

Marijuana was the most common illegal drug found in the NTSB study, followed by illicit use of prescription drugs like opioids and benzodiazepines.  However, illicit drugs were found in only 2.8 percent of all study pilots following a crash, suggesting that the rate of illicit drug use among general aviation pilots is quite low.  Like other drug use in general, though, marijuana use among pilots has increased markedly since 1990.  One thing that must be said about use of illicit drugs among pilots is that the risk of impairment is mitigated by the mandatory drug tests most pilots must undergo, which have been shown to reduce the incidence of illicit drug use overall.

The study did not include alcohol, even though it’s a substance well-known to cause pilot impairment.  Since bacteria in dead bodies can produce ethanol, the toxicology tests were unable to distinguish between alcohol that had been drunk by the pilot prior to flying and alcohol that was produced naturally following the pilot’s death.

To improve the situation, the NTSB report recommends further study of this subject, along with more education and easier access to information for pilots about what drugs are safe or unsafe to use when flying, especially over-the-counter drugs whose impairing effects pilots may not be aware of.  The authors also suggest that states include a recommendation in their pain medication guidelines that practitioners who prescribe opioids and other pain medicine discuss with patients the effect the medication may have on their ability to operate any type of transportation machinery.

In the meantime, there’s not much the rest of us can do except get on the plane, buckle up, and cross our fingers.

Related: How to Survive a Plane Crash x 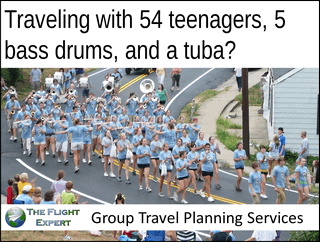